Insured losses from typhoon Chan-hom in China are not expected to exceed 2.2bn yuan (£228m), according to AIR Worldwide. 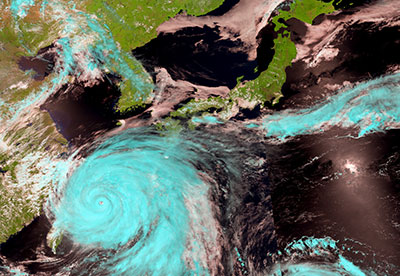 The typhoon affected the country's coastal city of Zhoushan on 11 July, making it "one of the strongest to hit the region this year," said Kevin Hill, senior scientist at AIR Worldwide.

"Some reports suggest this could be the strongest July typhoon to hit Zhejiang Province since 1949," he added.

Chan-hom caused "heavy downpours" in Shanghai and the provinces of Anhui and Fujian, causing floods in roads and fields. Hill said the China Meteorological Administration reported close to 40cm of rain in Lai'ao Village in Sanmen County, south of Shanghai.

"Landslides washed away more than 5,000 cubic meters of land in Ningbo city, and dozens of water gates have been opened to facilitate flood drainage," he said.

AIR Worldwide said more than 1,000 houses collapsed. The most impacted sectors were agriculture, with more than 200,000 hectares affected, and transportation, as thousands of flights and trains were cancelled due to weather conditions. "The storm affected 2.8m people in 520 villages and towns, spanning 69 counties and nine cities of Zhejiang Province," the firm said.

Some 1.2 million people from the coastal areas of Zhejiang and more than 56,000 people in the neighboring province of Jiangsu were evacuated prior to the landfall. The firm said Shanghai was "on the weak side" of the storm, therefore the city did not see much wind damage.

This article appeared in our July 2015 issue of The Actuary.
Click here to view this issue
Filed in
07
Topics
Environment