Only 37% of people retiring in 2016 will get the full amount of the new single tier state pension. 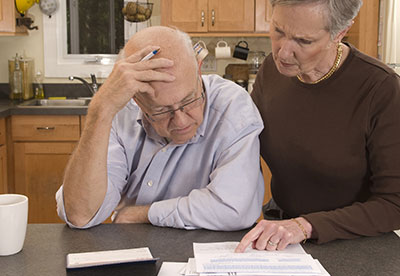 The UK government said those getting less had contracted out of the full state pension, which meant they would have made fewer national insurance contributions.

Under the current two-tier state pension system, savers receive the basic amount of state pension of £115.95 per week, plus an additional amount - also called SERPS (state earnings-related pension scheme) or S2P. They can opt to contract out, meaning savers can give up their secondary state pension in exchange for a lower rate of their national insurance contributions.

The two-tier system will be replaced by the new flat rate single-tier pension in 2016, which is designed to offer a simpler pension system. It will be at least £151.25 per week, but the finalised amount will be set in autumn 2015.

In a written statement to the House of Lords pensions minister Ros Altmann said nearly 90% of people reaching state pension age in 2016/2017 would have received the full amount had they had not opted out of the secondary state pension.

She said the estimated percentage of pensioners to receive the full amount would be 37%, as those who contracted out would have paid national insurance contributions at a lower rate.

The Department for Work and Pensions published a fact sheet explaining how calculations were made for those who chose to contract out.

"When people were contracted-out they either paid national insurance contributions at a lower rate, or some of the national insurance contributions they paid were used to contribute to a private pension instead of their additional state pension. In other words they did not pay the state for SERPS or S2P while they were contracted out," it said in the document.

Altman said in her statement that as a condition of contracting out, workers were required to accrue a private pension.

"Most people who contracted out of SERPS or S2P were required, as a condition of contracting out, to accrue an alternative private pension. This replaced the additional state pension, which they were contracted out of," she said.

Malcolm McLean, senior consultant at Barnett Waddingham, said: "The fact sheet illustrates the mind-blowing complexity of the arrangements being put in place.

"It also gives the lie to the claims made originally by ministers that the new system would produce a more generous simpler flat rate state pension for millions of new pensioners going forward - none of these claims would appear to be true at least in the short term."

According to Altmann, by 2020 around 50% of pensioners will get the full new state pension and this percentage will go up to 84% by 2035.