'Days of cheap car insurance premiums are over'

An increasing number of claims means price rises in motor insurance are inevitable, says the AA. 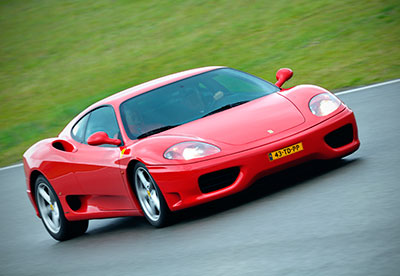 Based on its latest British insurance premium index, the average "shoparound" quote for a motor insurance policy in Q2 2015 was £549.46, which represents a 5.2% rise over Q1.

Janet Connor, managing director at AA Insurance, said: "The days of cheap car insurance premiums are over, and price rises are inevitable.

"Thanks to bruising competitive pressure, premiums have been falling while claims costs have continued to rise - particularly for personal injury. Indeed, the number of injury claims reported has been increasing at around 10% per annum since 2013.

"So insurers have been releasing their reserves to maintain their competitive edge to the point where this is no longer sustainable - and we are seeing premiums beginning to rise once more."

AA expects premiums to continue to rise for the rest of 2015 due to an increasing number of claims and the increase in the insurance premium tax (IPT) from 6% to 9.5%  announced in the July budget statement , which takes affect from November.

It said: "After three years of steep decline, and more recently, stagnation in UK motor premiums, there seems to be some signs of timid relief on the horizon for motor insurers' technical profitability."

Fitch said the AA's findings were in line with its expectations. It changed the outlook for the sector from negative to stable in December.

"Strong growth in motor premiums is finally correcting a period of inadequate pricing, which has compressed margins in the industry for over 10 years. Overall, Fitch views this as a positive development for the credit quality of UK motor insurers," said the rating agency.

But it added: "We do not, however, see any signs of a return to a hard market. Fierce competition is likely to persist during the rest of 2015, especially from the more agile and higher margin Gibraltar-based insurance companies, such as Admiral and Hastings. These still have the ability to undercut their UK peers, given their lower expense base."

Fitch said profitability in the UK non-life sector would remain weak overall due to thin underwriting profit margins and the increase in IPT, which would lead to further increase in premiums.

"Underwriting margins are under pressure due to high fraud and claims costs and are still too thin to generate positive technical results.

"The July budget brought further bad news. Given that insurers are already operating on very thin margins, any additional costs are highly likely to be passed on to the customer through further premium increases."