Consumer website Which? is urging the government to introduce a charge cap for default drawdown products. 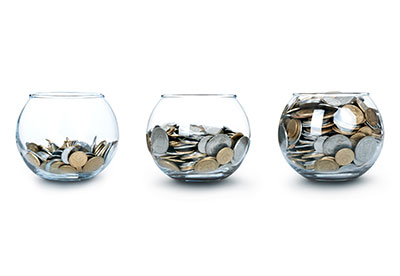 The government is already looking at options to address exit penalties, but Which? said it wanted the government to "go further" and introduce a cap on drawdown charges. It also wants the Financial Conduct Authority (FCA) to work with the industry to simplify charges to make them easier to compare.

Which?'s call follows research it carried out about differences into the cost of drawdown charged by different pension providers.

Based on responses from 18 firms, a pensioner with a pot of £50,000 who takes 4% a year through income drawdown could save more than £3,000 over 10 years with the cheapest provider. Fidelity charges £4,993 for its drawdown product compared to the most expensive provider The Share Centre, which charges £8,100.

Richard Stone, chief executive at The Share Centre, said the firm used a fixed fee charging structure across all its products.

"This lets investors know exactly what they will pay from the outset and unlike value related fee structures, don't penalise investors' efforts at saving more and investing successfully," he said.

A Scottish Widows spokeswoman said: "The Which? analysis is inaccurate and significantly misrepresents our charges. In line with the Which? campaign for a cap on drawdown fees to ensure value for money for customers, we apply a 1% total cap, including investment charges, for customers accessing flexible drawdown without advice."

Seven firms charge a simple, single annual platform fee. But Which? warned there could be additional management charges and fees for certain types of investments.

Which? executive director, Richard Lloyd said: "The old annuity market failed pensioners miserably and the government must ensure the same thing doesn't happen again with drawdown. With such big differences in cost, and confusing charges that make it difficult to compare, it's clear more needs to be done to help consumers make the most of the freedoms."

A spokeswoman at the FCA said: "We welcome the report from Which?. We are not a price regulator, but given our objectives and consumers' protection objectives, we want to make sure that consumers receive the right products at a fair price."

The FCA has recently sent an information request to firms asking for information about exit fees as part of the government’s consultation announced last month.

The Treasury did not comment on the cap, but a spokeswoman said: "The government is determined to address any barriers that people encounter when trying to access their pension savings flexibly - that's why we are launching a consultation to look at excessive early exit charges and how transferring a pension to another scheme can be made easier."

Tom McPhail, head of pensions research at Hargreaves Lansdown, said a price cap would affect communications with customers about the risks involved in drawdown such as drawing out money too soon.

He said: "The risk with a price-capped 'default drawdown' is that investors won't be sufficiently aware of the risks they face of investment losses or of drawing their money out too quickly. A 'default' drawdown risks investors sleepwalking into unexpected investment losses."