Birmingham headed claims for lost and stolen jewellery in the UK last year in terms of the value and volumes of claims made, a study has found. 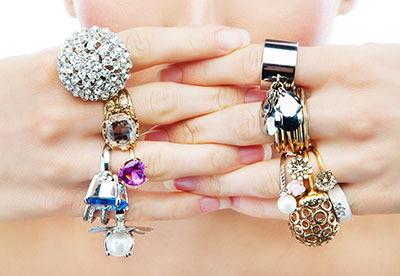 Churchill, which produced the ranking with LMG Jewellery, explained this was because the city's Jewellery Quarter has the largest concentration of such businesses in Europe. It said the area produced 40% of all the jewellery made in the UK.

The ranking was based on the number of claims and the value claimed in cities across the UK and Birmingham made up 3.3% of the value of total claims.

Chelmsford was the second area with the highest number of jewellery claims, followed by Stockport. Edinburgh and Glasgow came second and third in terms of the value of claims.

Martin Scott, head of Churchill Home Insurance, said: "There are myriad of factors that result in one area seeing higher or more frequent jewellery claims than others, such as differences in local cultures, crime levels and wealth."

The insurer said 30% of claims were underinsured, often by up to three to four times the value that the claimant originally thought the item was worth. It also said around 60% of claims had no proof of purchase.

Scott said: "Around 60% of all jewellery claims have no proof of purchase as they were gifts or passed down through inheritance. This is why obtaining a current valuation is paramount. Jewellers should also able to check the general condition of an item, ensuring precious stones aren't loose and mounted correctly."

Churchill said the most claimed for jewellery items were rings, watches and earrings.

Areas with the highest value of jewellery claims (lost or stolen)

Areas with the highest volumes of jewellery claims (lost or stolen)