More than £1.8bn withdrawn in first months since pension freedoms

Nearly a quarter of a million of payments worth £1.8bn have been made in April and May, according to data published by the Association of British Insurers (ABI). 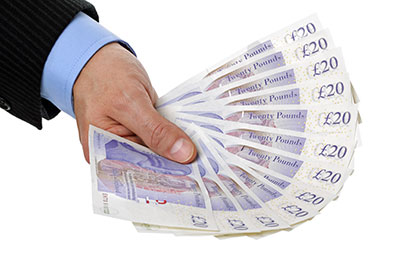 According to the ABI, savers with small pension pots tend to cash out and those with big pots tend to buy an income product such as a drawdown or an annuity.

It said £1.3bn was put in to buying nearly 22,000 regular income products, with more than half going into income drawdown products rather than annuities. It said savers had put in £630m to buy 11,300 annuities and a further £720m to buy 10,300 income drawdown policies.

The ABI said in 2012, when annuities were at their highest peak, 90% of total value of sales were annuities and less than 10% were drawdown sales.

The ABI published the data to mark the first 100 days since the reforms were introduced.

It said many customers were "shopping around for the best deal", with nearly half (45%) of sales with a different provider when buying an annuity, and more than half (52%) also switching when buying a drawdown product.

Yvonne Braun, ABI's director for long terms savings policy, said: "We are just three months into the biggest overhaul in pensions for a generation, which was introduced in only one year, so some issues remain that need to be worked through, in particular around financial advice. This is why we launched our action plan to call for a joint taskforce with industry, government and regulators to work through the challenges and ensure all customers can access their pension in the way they want."

Meanwhile, BlackRock conducted a survey of 1,152 of its customers and found four out of five (83%) intend to take all of their pension savings in cash. This figure represents 57% of the sample's pension assets of £13.4m.

Some 31 customers (3%) with an average pot size of £138,154 opted for drawdown facilities. This group represents 23% of the sample's assets.

Some 14% of retirees have chosen to buy traditional annuity products, and they represent 20% of assets.

Paul Bucksey, head of BlackRock's UK defined contribution business, said: "We have not been surprised by the take up for drawdown as an alternative to annuities. What this early data shows is that many people want to retain as much flexibility as possible."

BlackRock said a "significant proportion of people" sought help with their decision, with 34% taking formal financial advice and 61% using the government's service Pension Wise. Within these groups, 21% sought help from both.