Insurers uncovered an average of 350 frauds worth £3.6m each day during 2014 as the value of scams reached a record high. 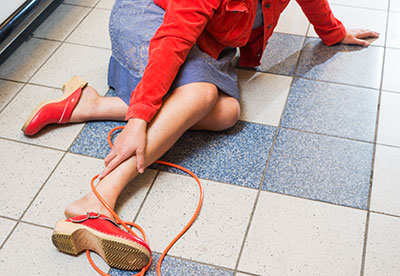 However, the number of fraudulent property claims, both domestic and commercial, dropped 29% to 24,533, with a value of £108m, reflecting the "strong deterrent message hitting home to potential cheats," said the ABI.

The ABI said fraud detection had helped keep premiums down, with the average motor premium down 5% in 2014 and home contents premiums down 3%.

Among the fraudsters successfully prosecuted during 2014 was a man who claimed his fiancee's engagement ring had been stolen during a holiday in Brazil, only for it to appear in a picture on Facebook after he made the report. In another case a man claimed he had broken his ankle on a damaged drain in a flooded road but YouTube footage was then posted of him causing the injury while running and leaping into the water.

James Dalton, director of general insurance policy at the ABI, said: "Insurers are determined to do whatever it takes to identify and take tough action against fraudsters to protect their honest customers. The vast majority of customers are honest, and should not have to pay for the fraudulent minority. The insurance industry invests heavily in its counter fraud defences, and the results are helping to keep motor and home insurance competitively priced."

Detective chief superintendent Dave Clark, head of the economic crime directorate at City of London Police, said: "Since the launch of the Insurance Fraud Enforcement Department in January 2012, its work with industry has seen detectives investigate millions of pounds worth of insurance fraud perpetrated against the sector and consumers.
"The unit takes the fight to fraudsters across England and Wales 365 days a year, with 1,150 arrests and voluntary interviews undertaken and many court convictions secured in just three-and-a-half years."