The Fire Brigades Union has announced it is to take legal action against the UK government over changes to pensions introduced in April. 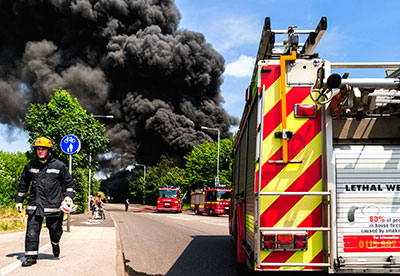 The challenge is the latest step in a long-running battle between the union and government over reform to pension provision, which included raising the retirement age from 55 to 60. The union said it had collected 50 test cases to support its claim.

It said the changes, which prompted industrial action in November 2013, mean firefighters will have to take a reduced pension if they are not able to meet certain fitness requirements at 60.

While arrangements were made to protect older firefighters from losing out, the union said it is "utterly unfair, inadequate and discriminatory" not to offer the same support to younger firefighters. The union estimated around 13,000 firemen and women could be affected.

The government said changes were introduced to reduce the increasing contribution of taxpayers to the firefighters pension scheme.

FBU general secretary Matt Wrack said: "The government has ripped up previous agreements and it is leaving those who cannot maintain operational fitness with a stark choice - to leave on a severely reduced pension or face the sack. We are not going to go away and we will explore every possible avenue to try to achieve a workable pension scheme for firefighters."

A spokesman from the Department for Communities and Local Government said: "In line with public sector pension schemes, the new scheme includes transitional protections so those closest to retirement can still retire at the age they planned.

"We have also ensured fitness principles are a legal requirement so no firefighter aged 55 or over risks losing their job or access to a good pension if they lose fitness through no fault of their own."