UK government must 'proceed with care' on pensions tax changes

Experts have urged the UK government to "proceed with care in any overhaul of the tax system around pensions. 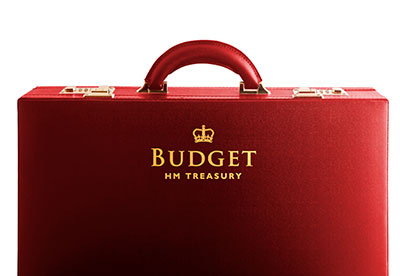 Following chancellor George Osborne’s announcement of a consultation on possible changes to the system, Hymans Robertson said altering the point at which pensions are taxed "could have a raft of unintended consequences".

Osborne has suggested pensions could be taxed like ISAs, meaning income paid into them would be taxed but earnings and the withdrawal of funds would be exempt.

Hymans Robertson warned such a move would increase costs for defined benefit schemes, resulting in up to 250 closing in the next nine months, cut defined contribution pension pot sizes and "potentially lead to a collapse in retirement savings".

Calum Cooper, partner at Hymans Robertson, said: "Given so many people in the UK show real difficulty in managing their own finances well, giving them responsibility to plan over several decades to save for retirement could lead to many more poor elderly people in the future which will put more pressure on the state pension as more and more people are left to rely on this or other forms of government benefit to support them in old age.

"We agree that we need a system that's sustainable but fair, that rewards people for taking control of their finances, encouraging saving. The only way to ensure we get one is to set up an independent pensions commission."

Hargreaves Lansdown said top earners hit by the taper on the £40,000 annual allowance, which means those earning more than £150,000 get progressively less allowance down to a minimum of £10,000 for those earning £210,000 or more, were "going to find building up a decent retirement income has now become hugely challenging".

The Association of Consulting Actuaries (ACA) called for a "calm review ahead of any further changes".

Bob Scott, secretary of the ACA, said: "We are disappointed that the government has decided to add further complexity to an already complex system by reducing pension tax relief for high earners."

The budget also revealed the Pension Wise advisory service would be extended to those aged 50, and the introduction of a secondary annuities market would be delayed until 2017.

Joanne Segars, chief executive of the National Association of Pension Funds, welcomed the delay. "It is good news that the government has recognised our concerns about the challenges in ensuring savers are protected and supported in this market," she said. "We look forward to working with the government to help them shape further plans for this initiative."