Pensions could be taxed like ISAs, chancellor announces in budget

Chancellor George Osborne has suggested in his budget that pensions could be treated like ISAs for tax purposes. 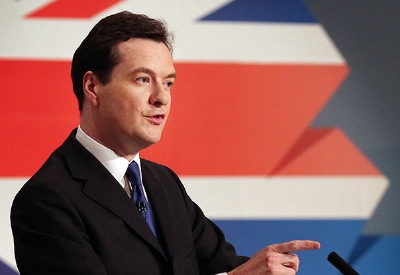 Announcing a public consultation on future pension tax arrangements this afternoon, Osborne said he was "open to further radical change".

"The truth is Britain isn't saving enough," he told the House of Commons.

"Pensions could be taxed like ISAs. You pay in from taxed income and it's tax free when you take it out. And in between it receives a top-up from the government.

"This idea and others like it need careful and public consideration before we take any steps."

The chancellor also announced a cut in pension tax relief for high earners, reducing the amount they can pay into a pension pot each year and not be taxed. This will be in the form of a taper, decreasing to a minimum of £10,000 depending on income. This follows a cut in the lifetime allowance for pension pots to £1m.

Osborne also said the "triple lock", which ensures the state pension rises in line with inflation, would remain in place.

The chancellor also announced a "major review of claims management companies", which will involve a cap on the charges they can impose on customers.

Meanwhile, insurance premium tax will rise to 9.5 per cent from November.

Fiona Morrison, president of the IFoA, said: "We welcome the chancellor's announcement today to proceed gradually and consult on possible changes to the pensions tax relief system. It is important that any system is simple and develops an enthusiasm to save for older age while avoiding unintended consequences.

"As people are living longer in retirement it is important any changes do not discourage saving sufficient income to allow for adequacy of income in retirement. The system should also be transparent and help individuals understand how much they need to save to fund older age."

The National Association of Pension Funds (NAPF) said it was pleased the government "has wisely chosen not to rush into any new wider reforms" concerning pension tax.