Flood Re has begun the tender process to purchase reinsurance protection worth £2.1 billion a year. 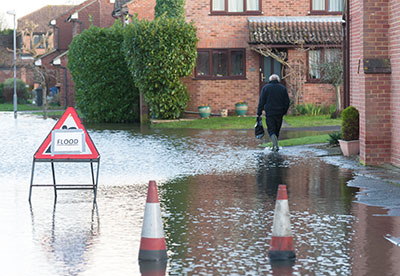 The not-for-profit reinsurance fund, which is owned and managed by the insurance sector, has gone to the market for a three-to-five-year deal, which will be the second biggest 'natural peril' reinsurance deal in Europe, and one of the top five largest worldwide.

The Flood Re scheme has been established to ensure the 350,000 UK homes most at risk of flooding have access to affordable insurance cover. The tender is being run by broker Guy Carpenter and it is anticipated the first policy under the deal will be accepted in April 2016.

Brendan McCafferty, chief executive of Flood Re, said: "The systems we are creating need to be tested thoroughly if we are to get it right first time for UK home insurance customers at risk of flooding, regardless of how they buy their cover. This means testing with potentially hundreds of companies in the insurance market."

Flood Re also confirmed it has submitted a detailed business plan to both the Prudential Regulation Authority and the Financial Conduct Authority for approval by the regulators.

"While this is an ongoing process, the start of our reinsurance procurement and the submission of our application to the financial regulators represent two huge steps towards Flood Re becoming a reality," McCafferty added.

In addition, the fund will also work closely with the Department for Environment, Food and Rural Affairs and politicians to ensure the final parts of legislation to give the scheme legal effect, which include certain statutory instruments, are passed.

This article appeared in our July 2015 issue of The Actuary.
Click here to view this issue
Filed in:
07
Topics:
Reinsurance