ACE to buy Chubb for $28.3bn in second biggest ever insurance sector deal 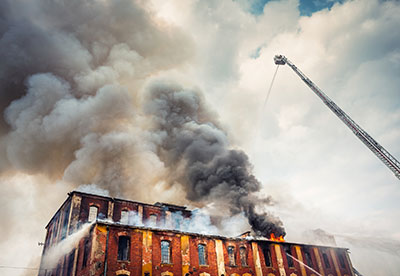 According to Dealogic, this would be the second largest ever deal in the industry after the US government bailed out American International Group for $59bn in 2010.

The deal will create a company worth nearly $46 billion with cash, investments and other assets of $150 billion.

The two companies said the combination would create a "global leader" in commercial and personal property and casualty insurance.

ACE shareholders will own 70% and Chubb shareholders 30% of the combined company and the new company will operate under the Chubb name.

ACE employs around 21,000 staff in 54 countries and provides a range of products and services to industrial, multinational and upper-middle market companies. Its products include commercial and personal property and casualty insurance, personal accident and supplemental health insurance, reinsurance and life insurance.

Chubb, the 12th largest property and casualty insurer in the US, has been in the business for more than 130 years. Primarily a mid-market commercial insurer, it has 10,200 employees operating in 25 countries.

The deal means the firms will be able to complement each other's business "with broad product offerings for all sizes of commercial customers".

Evan Greenberg, ACE chairman and CEO, said Chubb was a "venerable company with a great brand".

"This transaction advances our strategy in a meaningful way and represents an outstanding opportunity to create significant value over a reasonable period of time for both ACE and Chubb shareholders," said Greenberg.

"We are combining two great underwriting companies that are highly complementary. We will make each other better and create a unique company in a class of its own that has greater growth and earning power than the sum of the two companies separately."

John Finnegan, chairman, president and CEO of Chubb, said: "We are confident that it will deliver strong value to Chubb shareholders, including an immediate premium and participation in the future growth and profitability of a well-positioned combined company.

"We are pleased that the combined company will adopt the Chubb brand and view this as an affirmation that both companies share a commitment to the attributes of quality and service the brand represents. We look forward to working together as we create a best-in-class global franchise in P&C [property and casualty] insurance."

Upon completion of the transaction, Greenberg will become chairman and CEO of the combined company and Finnegan will serve as executive vice chairman for external affairs of North America. The company's board will have 18 directors.

The deal is subject to regulatory and shareholder approval.