The Pensions Regulator (TPR) is to launch a new campaign to raise awareness of financial scams. 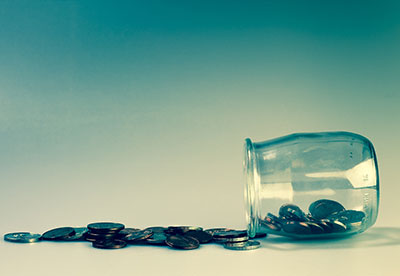 The TPR has joined forces with the Department for Work and Pensions and other industry partners to raise public awareness of the dangers posed by scammers who "plunder retirement savings".

The campaign comes after Which? found pension freedoms had “made millions of pounds more accessible to scammers”.

Andrew Warwick-Thompson, executive director responsible for TPR's work to disrupt pension scams, said: "I welcome the launch of Scams Awareness Month as part of our ongoing efforts to win the fight against scammers who plunder people's retirement savings.

"We will be supporting the campaign by drawing attention to the dangers of scams that masquerade as legitimate pensions' vehicles and how the public and scheme trustees can spot a scam scheme.

"Scammers are sophisticated and well-organised shapeshifters, so we have to be resourceful and tenacious, and work collaboratively with government, law enforcement and other agencies to educate the public, disrupt the activities of scammers and take legal action where necessary. There is no single organisation or agency that can tackle scams alone."

The campaign, due to be launched in the week of 20 July, comes as Financial Conduct Authority (FCA) research confirms HMRC data that shows in the first month of pension freedoms 60,000 people took advantage of the change and more than £1bn has been transferred out of pension pots.

Based on data received from firms representing 84% of the market, FCA said insurers experienced on average 200,000 calls per week and the average wait time for customers had reduced from 4.5 to 3.5 minutes.

The FCA has sent all pension providers a request for information about any barriers people face when they access their savings as part of a consultation on early exit fees chancellor George Osborne announced last month.

This article appeared in our July 2015 issue of The Actuary.
Click here to view this issue
Filed in:
07
Topics:
Pensions