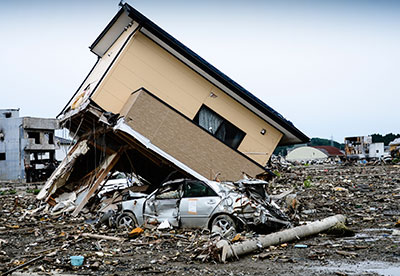 The combined company will be named Willis Towers Watson. It will have approximately 39,000 employees in more than 120 countries and an estimated annual revenue of $8.2bn (£5.2bn).

There will be 12 directors in the new company's board - six nominated by Willis and the other six by Towers Watson, including the current CEOs of the two firms. The new company will be domiciled in Ireland after the transaction is closed.

Haley said: "This is a tremendous combination of two highly compatible companies with complementary strategic priorities, product and service offerings, and geographies that we expect to deliver significant value for both sets of shareholders.

"We also expect to realise substantial efficiencies by bringing our two organisations together, and have a well-defined integration roadmap to capitalise on identified savings, ensure the strongest combination of talent and practices, and realise the full benefits of the merger for all of our stakeholders."

Casserley said: "Together we will help our clients achieve superior performance through effective risk, people and financial management. We will advise over 80% of the world's top 1000 companies, as well as having a significant presence with mid-market and smaller employers around the world."

The equity value of the transaction is based on closing prices of the companies' stock on 29 June.

The transaction is expected to close by December 31, 2015 and is subject to regulatory and shareholder approval.

This article appeared in our July 2015 issue of The Actuary.
Click here to view this issue
Filed in
07
Topics
Professional