Ian Isles MC FFA, died on 24 March 2015, aged 97. He had spent all of his business career with Scottish Equitable, serving as its chief executive for over 15 years from 1962. He continued on its board for a further 10 years. 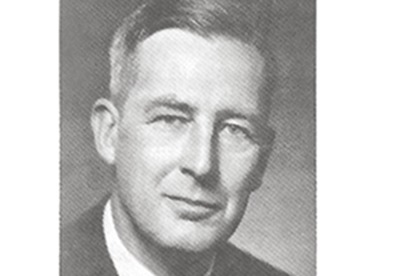 Ian Isles MC FFA, died on 24 March 2015, aged 97. He had spent all of his business career with Scottish Equitable, serving as its chief executive for over 15 years from 1962. He continued on its board for a further 10 years.

On leaving school in 1934, he joined Scottish Equitable, with a view to taking the actuarial examinations. The Second World War interrupted his studies and he relocated to Sandhurst where he was commissioned, joining the 1st Derbyshire Yeomanry.

He was sent to Tunis in 1942 as part of a reconnaissance regiment of the 6th Armoured Division. The Allies progressed towards Tunis, but, when they were within 40 miles, the Germans made a counter attack, which disrupted the Allies' plans.

On 25 April 1943, Ian led a reconnaissance party towards Pont du Fahs, which obtained valuable information enabling the Allies to continue their progress. For his part in that exercise, he was awarded the Military Cross.

Ian qualified as an actuary in 1947. He was vice-president of the Faculty of Actuaries from 1977-81 and chairman of the Associated Scottish Life Offices from 1968-9.

During his tenure as general manager, there were numerous changes at Scottish Equitable. Funds under management grew more than tenfold. In the 1970s, there were a number of insurance company failures. At that time, Ian played an important role in the creation of the Policyholders' Protection Fund, the forerunner of the Financial Services Compensation Scheme, and, in 1975, he was one of three from the insurance sector appointed by the government to its board.

Ian was a keen sportsman and proud to have represented his office at soccer, cricket, skittles, golf, bridge and badminton.

He enjoyed rugby both as a player and a supporter. He also enjoyed the social life associated with his various activities -his motto could have been 'work hard and enjoy life'. Until relatively recently he was an active member of the Scottish Actuaries Club.

Ian married Betty Boyd, who was herself an actuarial student, in 1947. They had three children - Donald, Morna and Keith, who between them had four children, one of whom, Douglas, qualified as an FFA in 1999. At the time of his death, Ian had five great-grandchildren.

Ian will be remembered as an inspirational leader yet a modest man who was extremely loyal and, as chief executive, was always interested in the wellbeing of his junior colleagues.

This article appeared in our July 2015 issue of The Actuary.
Click here to view this issue
Filed in
07