Liability driven investment (LDI) continues to grow significantly in the UK with hedged liabilities increasing by 29% to £657bn last year, according to a report by KPMG. 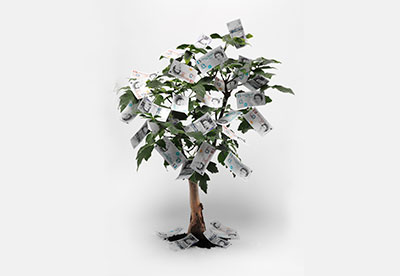 LDI is an investment strategy to prioritise funding for future liabilities "rather than simply delivering a positive investment return". It is normally used to protect assets against volatility in the market instead of seeking returns.

The firm explained the demand for LDI was driven by recent pension reforms, which increased the requests for pension scheme transfer values. As a result, risk management strategies have become more popular.

Simeon Willis, head of investment strategy at KPMG, said: "The pension freedoms offered within last year's budget have significantly shaken things up. This will no doubt have an impact on how and when benefits are taken from defined benefit (DB) schemes and the shape of the LDI exposures.

"My guess is that the potential increased volume of members transferring their benefits out of DB arrangements, and crystallising 100% of the value using the market conditions at that time, will lead to a greater demand for trustees to use LDI going forward."

Of the £147bn increase, £32bn came from new mandates and extensions of existing mandates; the remaining £115bn came from market movements such as yields falling.

The report found an increase of 208 new mandates. Of those, 151 were pooled and 57 were segregated. The firm said for the first time, there were more pooled mandates than segregated.

However, the report said despite the growth, the value of liability hedged in pooled mandates only made up 7.3% of the market. This is because pooled mandates usually represent smaller schemes - those less than £50m.