Lifestyle pension funds have lost 9% of their value in four months and things could get worse. 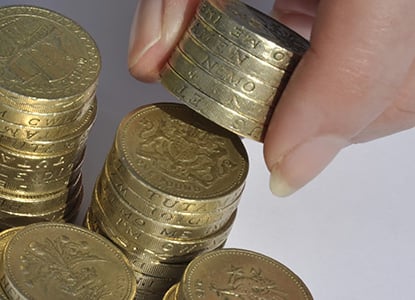 The firm said lifestyle funds, which de-risk pension plans in the run-up to retirement by moving savings into bonds, were typically the default option for savers.

It said lifestyle pension funds had performed well in a low interest rate environment, producing a 50% return on average over the last five years.

"The idea is that if annuity rates fall, pension savers approaching retirement don't lose out because their fund is going in the opposite direction - up," said the firm.

However, rising gilt yields meant these funds had lost value. The firm said the 10-year UK gilt yield had risen from 1.33% on 30 January to 2% on 12 June. As a result, the average value of a lifestyle fund fell by 9% over this period.

"There is a big question mark over how these funds will perform in a rising interest rate environment," said Hargreaves Lansdown.

It said if interest rates went up savers would be compensated by rising annuity rates. But in the light of new pension freedoms, "far fewer" people were interested in buying an annuity.

The firm reported only 8% of its customers had bought an annuity in the first month following the reforms.

Nathan Long, head of corporate pension research at Hargreaves Lansdown, said: "Successful pension investments in the run up to retirement should avoid a disaster scenario. This is a drop in investment value close to retirement that leaves employees no choice but to delay retirement or limp through with less than they had planned for."