Liberty Insurance plans to cut 270 jobs in the next 18 months against a background of losses. 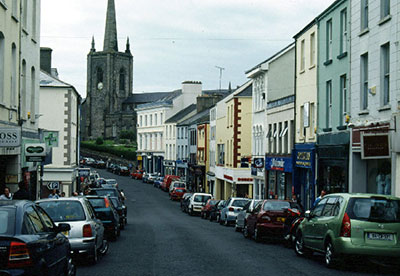 The Ireland-based insurer said it had an "uncompetitive cost base" and would also be withdrawing from the UK motor insurance market.

The firm said it was seeking 250 "voluntary-led" redundancies in the Republic of Ireland and 20 in Northern Ireland and a 30-day consultation period was under way.

It also announced it would transfer another 210 employees and its contact centre in Enniskillen to a third-party company.

Tom McIlduff, chief executive, Liberty Insurance, said; "We have achieved a lot in our first few years in Ireland, having established a strong brand and grown our distribution network. However, the market is challenging and we have been loss making with an uncompetitive cost base."

In addition, the insurer will remove its personal motor insurance market from the UK and focus on the Republic of Ireland market only. It said it would seek a buyer for the renewal right to its policies in Britain. The firm will also transfer its policies in Northern Ireland to sister company Hughes Insurance.

"Withdrawing from the Great Britain market, focusing on Ireland and streamlining our operating model will enable us to strengthen our long-term competitive position in Ireland in order to service our customers and brokers better," said McIlduff.

Liberty Insurance is part of US-based Liberty Mutual Insurance Group. Originally trading as Quinn Insurance, Liberty was acquired in 2011 and began its operations under the new name in Ireland in early 2012.

In June 2014, the US group announced its plan to acquire Hughes Insurance, an insurance broker in Northern Ireland. Liberty said the firm's restructure would not affect the Northern Irish firm, which operates independently from Liberty, or other Liberty Mutual Insurance subsidiaries operating in Great Britain.