Cycle insurance in UK up by 75% in five years

The number of people taking out cycle insurance has seen a jump of 75% between 2009 and 2014 as a result of the soaring popularity of cycling, according to Aviva. 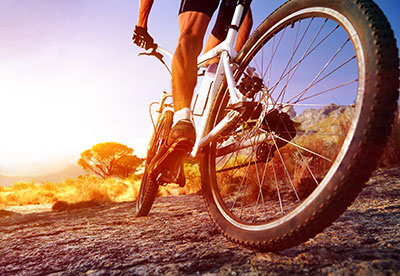 Aviva, which broke down its regional data into TV service areas, said Tyne and Yorkshire - the starting point of last year's Tour the France - had the biggest increases, where take-up on additional bike insurance increased by 158% and 113% respectively. Regionally, the South and South East of England had the highest number of policies, with 9,000 taken out last year.

Aviva said the increase in the take-up was due to the growing popularity of cycling and the continued increase in the average amount spent on bikes, which went up from £206 in 2012 to £233 in 2014.

The insurer also said there was a year-on-year increase in levels of theft, with more than 376,000 bicycles stolen every year.

Heather Smith, marketing director at Aviva, said: "The success of cycling in the UK has been both at an elite level - from athletes such as Sir Chris Hoy, Sir Bradley Wiggins and Victoria Pendleton CBE - but also at a grassroots level as people have been inspired to get out on their bikes. This is great to see, as cycling is a sport that can bring lasting health and wellbeing benefits."