'Economic growth must be sustainable and avoid boom and bust'

Growth in the post recession world must be sustainable and balanced between economic, environmental and social objectives, an event was told. 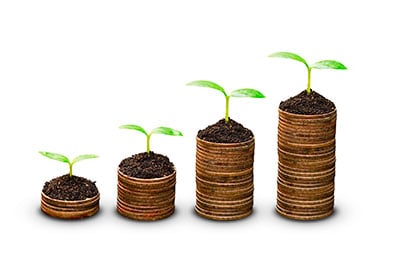 Andrew Sentance, senior economic adviser at PwC, said economies needed to avoid "boom and bust" cycles and should be supported by sufficient investment in capital, skills, education and innovation.

Speaking at an IFoA event in London about sustainable growth, he said growth in the UK of 2-2.5% a year would be sustainable, and decision-makers should not aim for a "zero-growth" economy. This is because the global economy is becoming highly interdependent and a growing economy helps support the development of poorer countries.

Zero, or low, growth also risks rising unemployment and is likely to be divisive. "It means those on lower incomes can only improve their prospects at the expense of those on higher incomes, or vice versa," said Sentance.

He said there were no definite drivers for growth and while technology had played a major part to drive growth since the industrial revolution, it was not the only factor at work.

Sentance identified four other drivers to support growth in the UK and other Western economies: globalisation, demographics, the services sector and the shift of the energy system to a more sustainable model.

"First, we should see the continuing expansion of the world economy - as economies in Asia and Africa continue to develop and move closer to Western living standards. The growth of markets in the emerging and developing world has been a powerful driver of world economic growth in the 21st century so far," he said.

For demographics, he explained a diverse population could open up growth opportunities due to new ideas and a more flexible labour market. As for the services sector, he said new business models in the sector could generate positive outcomes through the internet and changes in consumer behaviour and lifestyles.

Sentance also said a shift to a low-carbon energy model would improve efficiency and open up a bigger range of investment opportunities.

Nick Salter, IFoA president, said: "It is heartening to hear that new environmentally-friendly energy technologies may be one of these drivers contributing to economic growth, as recent research conducted by the IFoA shows that factors such as climate change and resource constraints need to be addressed if we are to move to a more sustainable financial system."

This article appeared in our June 2015 issue of The Actuary.
Click here to view this issue
Filed in
06
Topics
Environment