Majority of pensioners do not want to sell their annuity

The majority of UK pensioners have no plans to cash in their annuity, the IFoA has found. 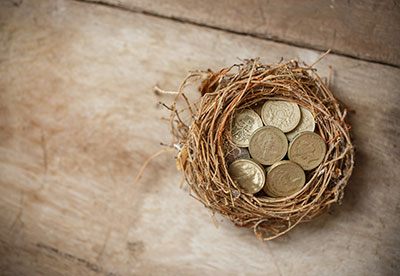 A survey conducted by YouGov revealed 55% would not want to sell their annuity for any reason. A third (33%) of respondents expressed an interest in cashing in, while 12% said they did not know.

The government intends to extend pension freedoms to existing annuity holders. Currently those who want to sell their annuity face a tax of between 55% up to 70%. The proposed change will mean they are taxed only at their marginal rate if they decided to sell.

The poll, which canvassed 1,531 adults aged 55 and over - 348 of which had an annuity - found nearly half (48%) valued the certainty of receiving a set income for life, and 40% believed they could end up worse off by cashing in.

Among the reasons why people would consider selling, 10% said they had other pension income and 9% said they did not want an annuity in the first place.

Gareth Connolly, chair of the IFoA pensions board, said: "Although the freedom to decide how and when to use their pension assets is attractive to some pensioners, giving up a guaranteed income could increase the risk of running out of money later in retirement, especially given that individuals may underestimate how long they will live.

"This could cause both individual financial hardship and an increased burden on the state benefit system - both of these outcomes could have a detrimental impact on the long-term sustainability of the new pensions framework."

Connolly said annuities would continue to play an important role in the pensions market as people value the certainty they provide.

The survey was commissioned as part of the IFoA’s response to a government consultation on creating a secondary annuity market, which closed last week. The government is currently analysing feedback to the consultation.

This article appeared in our June 2015 issue of The Actuary.
Click here to view this issue
Filed in:
06
Topics:
Pensions