The number of claims for noise induced hearing loss (NIHL) has seen such a sharp increase since 2010 that the Association of British Insurers (ABI) has dubbed it the new whiplash. 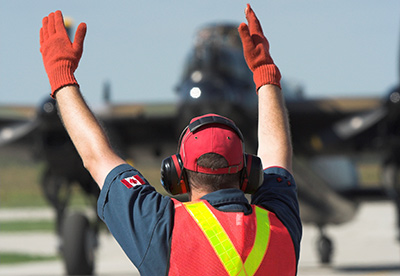 Since 2012 more than 200,000 NIHL claims have been submitted but less than a fifth have been eligible for compensation with the ABI suggesting lawyers and claims management companies were looking "to exploit the new whiplash".

NIHL is a hearing condition caused by exposure to high intensity sound, usually generated in noisy work environments such as heavy industries.

The ABI said people were wrongly led to believe they could get compensation for hearing problems as claims lawyers "shift their attention to lucrative NIHL claims".

It said the majority of NIHL claims (70%) were unsuccessful due to the poor quality of the evidence, citing a lack of proof that any hearing loss was linked to the workplace. Claims were also falling outside the limitation period for making a claim.

The ABI also said the "flood of claims" meant it took longer to compensate genuine claimants.

James Dalton, the ABI's director of general insurance policy, said: "The recent spike in claims can only be a result of claimant lawyers spotting the potential to earn sizeable fees from these cases after their sky-high earnings from whiplash claims were reduced.

"The claimant lawyers and claims management firms are intent on exploiting the new source of income which deafness claims represent, irrespective of whether the claims they put forward are genuine."

To tackle the issue, the ABI is calling for changes in the claims system.

These include fixing NIHL legal fees to stop claimant lawyers "driving up excessive legal costs"; changing Claims Portal, the electronic tool for claims, to encourage more cases to be submitted through it; and extending Medco to cover audiologists so cases can be independently assessed.

The IFoA said its previous research also showed an increase in claims for hearing loss and that only 28% of claim award paid actually went to the claimant.

IFoA's president Nick Salter said: "It is clear that spurious workplace deafness claims could drive up the cost of insurance for business customers. Solutions need to be found to address the vast increase in the numbers of claims and improve the claims management system."