Insurers face a payout of at least $1bn (£646m) for thunderstorms and major flooding in the US states of Texas and Oklahoma last month, according to Impact Forecasting, Aon Benfields catastrophe modelling unit. 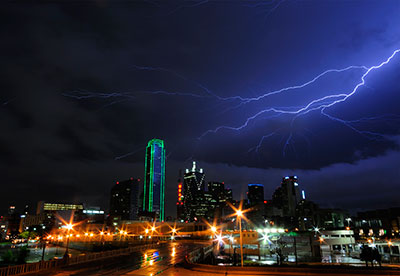 The reinsurance broker said it was the wettest May on record for both states. The firm's latest Global Catastrophe Recap report said the thunderstorms and the floods killed 41 people, and in Texas alone at least 5,000 homes were damaged. Economic losses were estimated to be near $3bn (£1.9bn).

Steve Bowen, Impact Forecasting associate director and meteorologist, said: "A meteorologically active month around the globe in May was highlighted by record rainfall from persistent thunderstorms across the US states of Texas and Oklahoma.

"The rains, which were 500% greater than normal values for the month of May in some locations, led to major riverine and flash flooding in areas that had long been mired in a multi-year drought."

The report said Australia saw "record-breaking" rainfall to parts of south-eastern Queensland and north-eastern New South Wales, which triggered flash floods and caused "widespread damage to property and agricultural interests". According to the Insurance Council of Australia, insurers received at least 27,825 claims and paid out $280m (£181m).

A "severely intense" heatwave affected multiple states in India and killed at least 2,500 people. "This is one of the highest death tolls from a heatwave recorded in recent history," said the report. The worst affected states were Andhra Pradesh, Telangana, and Odisha, with temperatures reaching 48°C on consecutive days.

This article appeared in our June 2015 issue of The Actuary.
Click here to view this issue
Filed in
06
Topics
Reinsurance