Peers have criticised the governments decision not to impose a cap on drawdown charges. 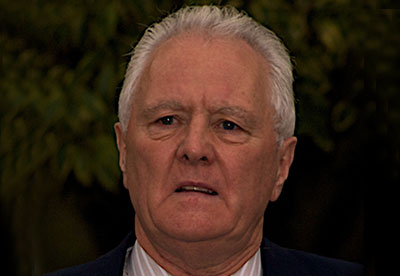 In a House of Lords debate peers said there should have been complete transparency of charges "from the beginning" when pension reforms were introduced.

Labour peer Lord McFall said consumers were being ripped off by excessive charges every day.

"Complexity and inertia still define the characteristics of this industry. The government said that they would not hesitate to intervene if there is a rip-off, but rip-offs take place daily at the moment," he said.

"In the absence of the government's will to go one step further, is there not a compelling case to ensure that the cash element is disclosed in these documents, so that people can see exactly what they are being charged on a monthly or yearly basis?"

Lord German of the Liberal Democrats said there were already "hidden charges and fees" around administrative, investment and transaction and advice costs.

Labour peer Baroness Drake, who sits on the board of the Pensions Advisory Service, said: "Some providers of income drawdown will charge between £150 and £200 each time a customer takes out cash, so a person with a £30,000 pot who takes out £5,000 in cash over six years will lose between £900 and £1,200. Will the minister challenge the industry on why the charge to access cash now is so ridiculously high?"

In response Lord Freud, minister of state for welfare reform at the Department for Work and Pensions, said pension reforms had only been in effect for two months and the government would introduce a cap on charges "if it looks appropriate".

"We already have the power to limit or ban decumulation charges and if we see that providers are charging excessive fees, we will not hesitate to act," he said.

Lord Freud said the government had put a "great deal of effort" to ensure the reforms work, including the introduction of guidance service Pension Wise. He added the government would monitor the market closely.

"We have a marketplace and it is fair to give it a chance to develop. At the moment, according to the FT and Which?, the annual charges applied to decumulation pots are somewhere between 0.25% and, for high-end performers, 1%. For the set-up, the charge is somewhere between £70 and £300. As we start to gather this evidence and assess it, we will know whether we need to intervene," he said.

This article appeared in our June 2015 issue of The Actuary.
Click here to view this issue
Filed in:
06
Topics:
Pensions
Share