Wearable technology could change the way premiums are calculated

Health insurance premiums could be influenced by wearable technology that monitors the body, a university lecturer has warned. 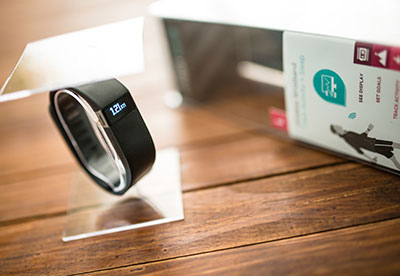 According to Emmanuel Tsekleves, senior lecturer in design interactions at Lancaster University, the technology comes with sensors and keeps records such as number of steps or how much exercise the user has taken, sleep patterns, stress levels, blood pressure, sun exposure and even food intake.

Tsekleves said health insurers already use body mass index to set premiums, but data from technology could play a bigger role in calculations, "with more employers opting to monitor data generated by such wearable trackers".

He said employers could use staff health data to issue penalties and rewards to change insurance premiums. For example, Tsekleves said, a physically active employee could be rewarded with points to lower their health insurance premium.

He added any patterns of an unhealthy lifestyle detected by the technology could have the opposite effect on premiums.

"What if employers and health insurance companies move in the direction that the car insurance industry has taken, where every health transgression - a boozy night out, a Christmas feast, or too many lazy days on the sofa - could increase your health premium rates? Such a scenario isn't so far away, and this should concern us," he said.

Tsekleves said the technology was still in its early days and some users had found creative ways to change health data without adopting a healthy lifestyle. These include holding and shaking the device for a few minutes at a time, or attaching it to their cat or dog, or offering pocket money to other, younger and fitter family members to wear.

"Obviously insurers and developers are aware of these, so it won't be long until such loopholes are closed," he said.

The Association of British Insurers (ABI) said it was too early to tell if wearable health technology could affect premiums.

An ABI spokeswoman said: "Wearable technology is still very much in its infancy. While insurers will monitor developments closely they don't indulge in knee-jerk reactions to new pieces of technology but wait to see what impact they have and how their use evolves.

"A few companies already offer reduced premiums on the basis of healthy lifestyle habits such as gym membership and it's possible wearables will have a part to play here too, but any widespread use is quite a long way off."