British expats are 'in the dark' about pension flexibility

There is a worryingly high number of British people living abroad who do not understand the recent changes in UK pensions freedoms reform, which came into force last month, a survey has found. 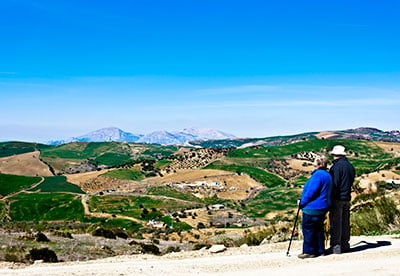 The survey of 170 expatriates, conducted by financial services provider AES International, found 70% of respondents did not understand the changes.

Of the remaining 30% who understood the changes, only 6% said pension reforms would affect their retirement planning.

James McLeod, head of pensions at AES International, said: "Our survey suggests there are a worryingly high number of British expatriates who are in the dark about the recent pension changes.

"While the new pension flexibility rules were covered widely by the UK media, unless an expatriate specifically seeks out this information, they are likely not to be well-enough informed to take a properly thought-through decision."

The survey found 30% of respondents had received an unsolicited call about their pensions, with just under half (45%) describing the call as "suspicious".

"The worry is that the people calling expatriates are not properly qualified to provide financial advice. Once advice is taken and acted upon and it later transpires it was poor advice, there is usually very little that can be done about it," McLeod said.

"With pensions specifically, this can be extremely damaging and in many cases life-changing as hopes and dreams for retirement are completely dashed."

However, of the 30% respondents who understood the new rules, almost 70% said the changes were a "good idea".

McLeod added: "This suggests the changes struck a chord with those expatriates who are aware of and understand them. However, it should be noted that taking advantage of them as an expatriate will require very specialist advice."