We need to tackle issues that 'bedevil our reputation', says ABI

The Association of British Insurers (ABI) has stressed the need to improve the industrys reputation, a conference was told. 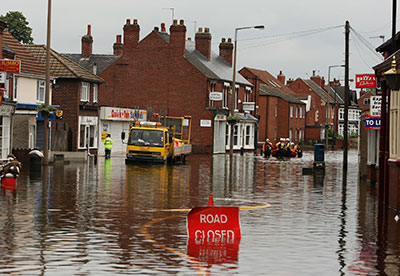 Huw Evans, director general at the ABI, said there were "understandable reasons" why the insurance and pensions industries struggled to achieve the standing among customers.

He said insurance and pension products were "non-existing purchases" which could rarely be used and only demonstrated benefits "decades down the line".

Evans mentioned other factors including communication with customers, "bloated" civil justice legal costs and constant changes in pension tax relief which meant "higher prices and more change for customers than they want".

Speaking at the European Insurance conference in London, organised by JP Morgan, he said the industry needed to improve transparency about payment of claims and make customer communication as simple as possible.

He said firms needed to be transparent about how the industry works and establish better permission levels for use of data, to enable them to work more closely with innovators.

Evans said the industry had to be prepared to always "go the extra mile to demonstrate good faith, not just the letter of regulatory practice".

"We have to go further if we are to win back trust and demonstrate that this is an industry that is much better at serving its customers than those customers too often believe," he added.

Evans said the ABI was working in partnership with the government to tackle a range of industry issues such as flooding. But he said other ongoing issues needed government intervention including tackling an ageing society, adapting to climate change and developing infrastructure investment.

He said the industry played a "vital role" in working with the government but admitted to experiencing difficulties in reaching agreement.

He said: "Sometimes, the relationship involves public arguments, prodding and cajoling on both sides and often a fair degree of mutual irritation and suspicion. All true. But so is the undoubted power for the public good and commercial opportunity for insurers and the economy and society we serve in making the partnership work, most of the time on most of the issues."

any of our offices
Competitive
Reference
123786
END_OF_DOCUMENT_TOKEN_TO_BE_REPLACED