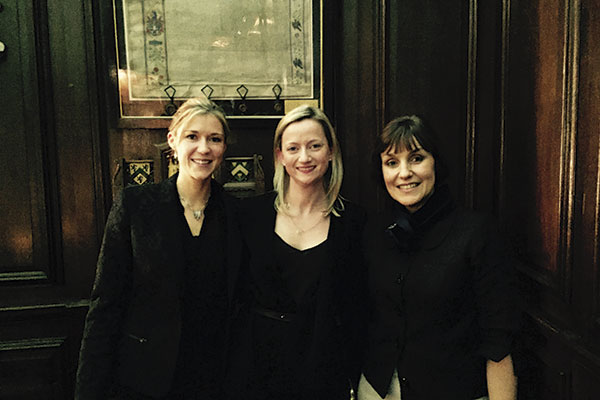 The Argonauts Club is for actuaries working outside traditional fields and is now in its 60th year, which is a true testimony both to the quality of the dining and of the length of time that actuaries have been venturing forth.

The drive to bring in new members over recent years has paid off, providing a vibrant club and dinners.

The Argonauts has a rich heritage going back to the time of Frank Redington and George Ross-Goobey. The first dinner was charged at £1 per head and showed a surplus of £1.10s. There is an extremely impressive list of speakers and officers - the club has had its own grace written by a former Queen's chaplin, and, alongside the actuarial illuminati, it has heard from MPs, chief executives, artists and poets.

It also serves a strong institutional role connecting actuaries - often the only ones in their firms - with each other as well as sharing the developments of the IFoA.

The Argonauts meet three times a year. We begin with drinks at 6.30pm, dinner at 7pm and two speakers at around 9pm - one actuarial, one non-actuarial, for around 20 minutes each. The atmosphere at the dinners is relaxed and engaging - recent speakers have included an RAF fighter pilot, the chair of the Isaac Newton Institute, rhino-costumed ultra marathon runners and a professional poker player.

Our February dinner featured two female speakers. The first was Michelle Cracknell, chair of The Pensions Advisory Service (TPAS), who spoke to diners of her experiences in dealing with members of the public and the way people interpret pensions-related communication. This generated a lively discussion around the new pension flexibilities and the way that TPAS will respond to the challenges and opportunities these bring.

The second speaker, Polly McMaster, chief executive of fashion company Fold, stirred things up with her talk, which addressed whether what women wear in the workplace is important. This extended to a discussion around workplace communication in general, first impressions and whether it was a coincidence that almost all the female actuaries in attendance were wearing black suits.

Our dinners are mostly held in Livery halls with an annual excursion to the Ivy, and members are therefore assured a very high-quality dinner to go along with the convivial company and interesting speakers. If you work outside the areas of life or pensions actuarial work and are interested in the Argonauts, contact me at [email protected] or request to join the LinkedIn group.