Solvency II: standard formula will fit most UK firms but should not be default option

The standard formula should be a good fit for most UK insurance firms when complying with Solvency II, but firms still need to assess whether it is appropriate, an actuary has warned. 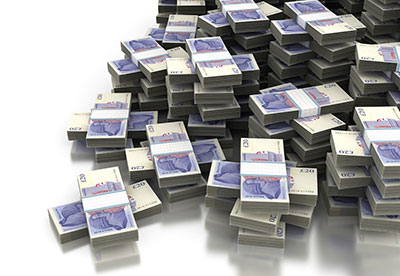 Philip Simpson, principal at Milliman, said: "The emphasis is on the firm to demonstrate why the standard formula is suitable for risk exposures. It's not simply an automatic default option."

Speaking at a webinar Solvency II: The Final Frontier, organised by The Actuary, Simpson outlined a number of considerations to be considered when judging the appropriateness of the standard formula.

He said life firms should consider factors such as longevity risk and the firm's own pension scheme risk and credit risk, including whether their assets are "significantly different from the typical portfolio of corporate bonds".

In addition, he said life firms needed to consider equity risk if they had a different equity portfolio with a different concentration risk from that assumed in the standard formula.

Simpson said non-life firms had to consider non-life underwriting risk "if the deviations are significant from the standard formula assumptions". Catastrophe risk also needed to be taken into account.

He outlined a number of options if firms felt the standard formula was not suitable.

He said firms should have regular dialogue with their PRA supervisor, including a review of their ORSA [Own Risk and Solvency Assessment], while considering future ORSAs and developing action plans.

Simpson said capital add-ons could be used as a temporary measure to generate an SCR, but "firms will be encouraged to consider a partial or a full internal model".

This article appeared in our May 2015 issue of The Actuary.
Click here to view this issue
Filed in
05
Topics
Regulation Standards