Nine Western nations including Ireland have been rated at an increased risk of terrorism, according to a report by Aon Risk Solutions. 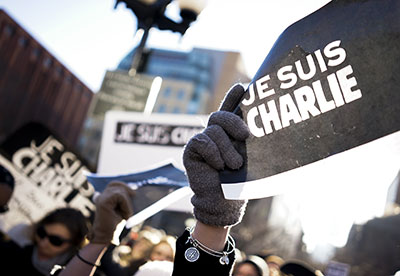 Aon said the number of attacks in Western countries had been low compared with other countries, but its report said: "The number of plots and official warnings and increased threat levels by western security agencies suggest the terrorist threat in the West has not being as high in almost a decade."

The report, produced in partnership with risk consultancy The Risk Advisory Group, said there were "high-profile terrorist incidents" in France, Denmark and Belgium. It said the worst attack in Europe since Aon's last risk analysis was the Charlie Hebdo massacre in Paris, which caused 12 deaths.

Scott Bolton, director of business development and network relations at Aon Risk Solutions, said: "It is interesting that Europe is at significantly greater risk from the rise of the Islamic State. Businesses need to understand how they can mitigate against this risk in affected countries as well as build terrorism insurance programmes that align more closely with their exposure."

Aon said there was a reduction on country risk ratings worldwide, but political violence and terrorism risks were "concentrating and intensifying around a smaller number of countries". Risk ratings reduced in 21 countries and increased in 13.

Henry Wilkinson, head of intelligence and analysis at The Risk Advisory Group, said businesses should not ignore terrorism and geopolitical uncertainty as these were relevant to both developed and emerging economies.

He said: "In a hyper-connected world faraway problems can affect local threats and political violence can spread rapidly with little warning."

According to the firm's analysis of reported terrorism incidents, Paris experienced one of the "steepest rises in ranking" and was rated "high risk" at 97th of the 1,300 commercial hubs and urban centres assessed. Other European cities rated as "high risk" include Belfast at 90th, and Athens at 113th.

The firm said terrorist attacks posed an "extreme risk" in the capital cities of 12 countries, including Abuja, Cairo, Nairobi and Islamabad. In total, there were 64 cities categorised as "at extreme risk".

Based on the intensity and frequency of attacks in the 12 months following February 2014 and the number and severity of incidents in the previous five years, the firm said six cities in Iraq "top the ranking."

There were 380 terrorist attacks in the country's capital Baghdad alone, resulting in 1,141 deaths and 3,654 injuries. The firm said it was the "world's highest risk urban centre", followed by Mosul, Al Ramadi, Ba'qubah, Kirkuk and Al Hillah.

Charlotte Ingham, principal analyst at Verisk Maplecroft, said: "Visibility of the sub-national differences in terrorism levels should be an imperative for multinational organisations looking to understand and price the risks to assets, employees and supply chains."