Many defined benefit (DB) pension schemes with actuarial valuations this spring will find recovery plans for any deficit have been blown off course, says Towers Watson. 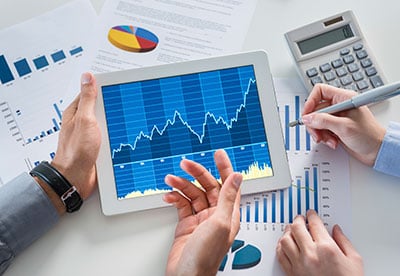 The firm said for a typical scheme with a March/April 2015 valuation, the employer would have to increase its contribution by around 30% to clear its deficit by the date previously agreed with trustees.

Towers Watson said the situation was due to lower bond yields, which had increased liabilities in pension schemes, but circumstances could vary from scheme to scheme.

The analysis was based on a model scheme that was 80% funded at the end of March 2012 where the employer and trustees had agreed a 10-year recovery period.

Towers Watson also said alternatively, if contributions stayed the same, the date by which the plan would be fully funded against its statutory target would have to be pushed back by around two years.

"Over the past three years, investments have performed strongly but lower bond yields have increased liabilities. Typically, cash deficits will be about where they were three years ago: the significant sums that employers have paid into their pension schemes have only allowed them to tread water.

"However, the situation will vary a lot from scheme to scheme. Things won't be as bad where the scheme was well hedged against falls in interest rates or where the original plan was to pay off the deficit quickly."

McLean said due to uncertainty with yields, employers might try to "keep cash contributions down for fear of overpaying" while offering the scheme alternative security such as money in an escrow account, "in case things don't go as they hope".

Pension schemes are required to undertake actuarial valuations to value liabilities and assets. According to Towers Watson, employers and trustees must agree a recovery plan to repair any deficit and submit this to the Pensions Regulator within 15 months of the valuation date.

Meanwhile, the firm has conducted a separate study and found for defined contribution (DC) schemes, change in pension legislation is "crowding out" employers' ability to focus on retirement adequacy. Its survey of more than 100 companies found 56% said compliance was one of the firms' top DC pension priorities.

As part of Towers Watson 'Fit for Retirement' programme, which looks into the impact of recent pension changes, the survey found 38% of firms said workers' ability to retire was a top priority, 31% listed competitiveness and 30% named attraction and retention as a driver for pension provision.