A minefield of risks could lead to potential supply chain disruptions, according to the latest global assessment by the Chartered Institute of Procurement and Supply (CIPS). 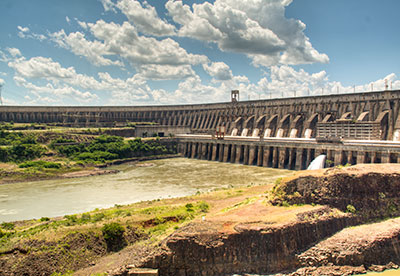 Based on data collected from 132 countries, the index found a slight reduction in supply chain risk on a global level, partly driven by growing financial stability for manufacturers based in the advanced economies of North America and Western Europe.

But CIPS warned that supply chain risk in other parts of the world had reached "record highs".

In Sub-Saharan Africa the risk had increased to 2.44 from 2.38 year-on-year and in Eastern Europe and Central Asia supply chain risk went up to 6.76 from 6.66.

In Latin America, supply chain risk reached a record high of 5.85 in the first quarter of the year, up from 5.73 in Q3 in 2014 with Brazilian, Chilean and Argentinian supplier suffering from lower soybean and copper prices. CIPS said the world's second largest producer of hydroelectric power, Brazil, had struggled to provide a consistent power supply during an ongoing drought.

In Asia Pacific, although supply chain risk reduced from 25.87 to 25.73 year-on-year, CIPS said Chinese manufacturing and heavy metal industrial sectors were at risk of defaulting on state-backed loans. There is also a shift in manufacturing to the "cheaper labour" of Indonesia.

Japan and Europe are facing the risk of deflation which could reduce business investment, while the UK's inflation rate has been "stuck at zero" for two consecutive months and suppliers "could face a prolonged period of cost cutting".

In the US a rise in interest rate threatens to make raw materials and American exports less affordable.

Although supply chain risk in MENA dropped from 7.29 to 7.25 year-on-year, CIPS said the long-term impact of the rise of the Islamic State (IS) in Syria and Iraq remained uncertain. It said if IS fighters returned to their homes across MENA, supply chain managers could find "governments becoming less stable and supply chains less reliable".

John Glen, CIPS economist and senior economics lecturer at the Cranfield School of Management, said the global economy relied on the ability of supply chain managers to keep products "moving around the world". He warned there were no "safe havens" left for international supply chains and businesses "simply do not know where to turn".

Andrew Williamson, global leader and leading economist at Dun & Bradstreet, who co-produced the index, said: "Most of the deteriorating operational risk environment globally originates in less-robust-than-hoped-for economic activity in the US in Q1, a revival of jitters in the eurozone and elevated geopolitical risk almost everywhere, just as several major emerging markets continue to splutter and lose traction growth-wise."