Drivers who modify their cars by adding certain extras could see their premiums increased by up to 93%, a study shows. 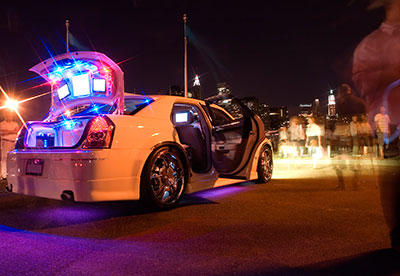 The average annual premium is currently £423. But research from MoneySuperMarket revealed changes such as adding a turbocharger could "drastically increase" car insurance by 93%, or £393. The firm said making modifications to the gearbox could also raise the cost of cover by almost half (48%).

Other changes, such as altering an engine, could increase premiums by almost a quarter (23%) while changing wheel arches or adding "bonnet bulges" could add an average of 42% to car insurance. Changes to the interior such as new seats or a new steering wheel could add 18%.

MoneySuperMarket said insurance was based on the original specification of a car, so insurers needed to be informed of any changes beforehand.

The firm also said some modifications could lower premiums. For example, adding safety features such as parking sensors would reduce insurance costs by 11%. Adding a secure tow bar would reduce premiums by 6%.

The comparison site also said motorists who do not report any modification to insurers could have their policies invalidated.

This article appeared in our May 2015 issue of The Actuary.
Click here to view this issue
Filed in:
05
Topics:
General Insurance