German airline Lufthansas defined benefit pension scheme has seen an increase in liabilities of 41%, according to its latest quarterly report. 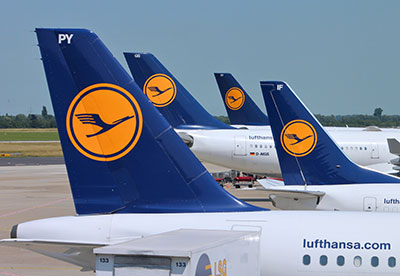 The firm said reasons for the increase include a reduction in interest rates from 2.6% at the beginning of the year to 1.7% and the introduction of a set of accounting principles called International Financial Reporting Standards.

Simone Menne, Lufthansa's chief officer of finance and aviation services, said: "We are not alone in this situation. Here, more urgently than ever, we need sustainably financeable solutions in place of obsolete structures. We can only achieve this together with our collective bargaining partners.

"The enormous pension burdens are putting considerable pressure on our equity."

JLT said companies with actuarial valuations due this year would likely face demand for higher contributions due to low interest rates.

Pension schemes are legally required to undertake an actuarial valuation to determine whether they have insufficient assets to pay scheme members, according to JLT.

It said around 30 FTSE 100 companies were scheduled to have their actuarial valuation in 2015, including Lloyds, Shell, BP, International Airlines Group (British Airways), HSBC and Aviva.

Charles Cowling, director at JLT Employee Benefits, said: "2015 is going to be another tough year for pension schemes - particularly those with triennial actuarial valuations. We expect to see some difficult negotiations between trustees and employers and inevitably there are going to be demands for increases (potentially significant increases) in employers' funding contributions as pension scheme deficits continue to grow."

Nick Griggs, Barnett Waddingham's head of corporate consulting, said: "Falling gilt yields mean that liabilities could have increased by a third compared to three years ago and schemes' assets are unlikely to have kept pace. An increasing deficit can be difficult to manage for employers facing other cost pressures and they may wish to look at alternative funding solutions, such as asset-backed contributions."