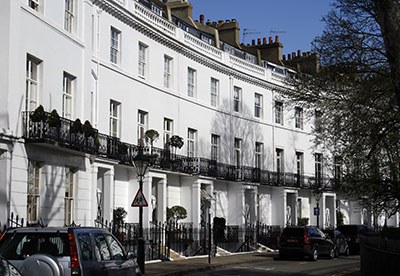 Researchers at Imperial College London said life expectancy forecasts for 2030 were higher by 2.4 years for men and one year for women than those by the Office for National Statistics.

The team said higher life expectancy means pensions would have larger payouts than those currently planned.

They developed statistical models using death records including information such as age, gender and postcode from 1981 to 2012 to forecast life expectancy at birth for 375 districts in England and Wales.

The paper further reported that in 2012 life expectancies in southern England and wealthy parts of London were seven or eight years higher than in parts of urban northern England, such as Blackpool, Liverpool and Manchester, and South Wales. The team expected the gap to grow to more than eight years by 2030.

It also said within London, male and female life expectancies in wealthy districts such as Kensington and Chelsea were five to six years higher than working class areas such as Barking and Dagenham or Tower Hamlets.

Professor Majid Ezzati from the School of Public Health at Imperial College London, who led the study, said higher life expectancy meant larger pension payouts. With rising regional inequalities he said: "This means wealthy people will benefit more from health and social services than poor people, and therefore should be prepared to pay its costs through higher taxes."

Steven Baxter, partner and longevity expert at Hymans Robertson, said: "There are various ways to analyse longevity improvements, but all of them continue to point towards life expectancy increases. We don't anticipate long-term future improvements to be as strong as the recent past, but the increases will still keep coming.

"Ultimately for DB [defined benefit] pension schemes, understanding a range of potential outcomes and factors is as important as having a central view on improvements. Careful and regular monitoring of longevity risk is what really matters. And for those exercising 'freedom and choice' with their DC [defined contribution] pots, it is a timely reminder that how long you will need that money to last is very uncertain."

This article appeared in our May 2015 issue of The Actuary.
Click here to view this issue
Filed in
05
Topics
Life insurance