The insurance industry has been urged to consider offering income protection and critical illness cover to HIV positive people. 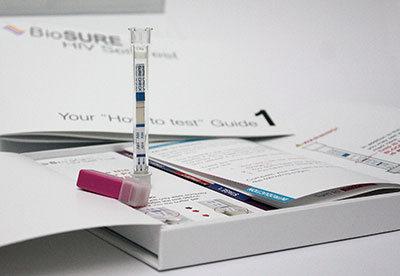 In a poll of 100 HIV positive people, life insurer Unusual Risks found 90% of respondents would consider income protection or critical illness cover if they were available. This was an increase from 60% in a previous survey in 2014.

The survey found the majority of respondents (89%) had taken less than seven days off work in the last year and 74% had taken four days or less off work.

Another 90% reported the duration of any sickness had not been for more than seven days.

A majority (87%) had either not been sick, or said any sickness they had was non-HIV related with the most common incidents reported as flu, migraine stomach bug, dental and food poisoning.

Morgan said: "Since the new life insurance products were launched HIV positive people have been able to protect their mortgages, families, children, partners and businesses. It is now time to consider if other financial products such as income protection and critical illness cover could be offered to people living with HIV.

"The intention of this survey is to bring attention to the positive effects that HIV medications have had on the work and long-term sickness records of HIV positive people in the UK. We would like to encourage the UK insurance industry to enter into a dialogue over these issues with appropriate stakeholders from within the HIV community."

Meanwhile, the first legally approved HIV self test has been launched by BioSure, to enable people to test their HIV status at home.

The firm said its home testing kit was approved by the British Standards Institute for sale in the UK and it was the only testing device to legally carry the CE mark.

BioSure claimed the test was more than 99.7% accurate and results could be read in 15 minutes.

The firm warned late diagnosis could result in unnecessary illness and reduction in life expectancy.

This article appeared in our April 2015 issue of The Actuary.
Click here to view this issue
Filed in
04
Topics
Life insurance