Income levels of standard annuities have collapsed to all-time low, a study has found. 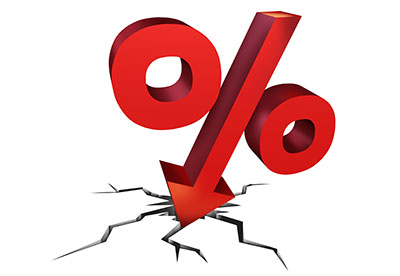 Financial data provider Moneyfacts explained this was driven by a "sharp fall in gilt yields" and lower demand for annuities as a result of new pension freedoms reform, which came into force this month.

Richard Eagling, head of pensions at Moneyfacts, said: "This is particularly unfortunate for those individuals who may have deferred making a choice until the introduction of the pension freedoms but have since decided that an annuity is still the most suitable product for them."

Moneyfacts said annuity rates were at their "lowest ever level" in the product's 30-year history, surpassing previous low rates recorded in November 2012, when people opted for annuities just before gender neutral pricing was introduced in December 2012.

Eagling said: "Could we be about to see a wave of new annuity business hitting the market at a time of record low rates, in the same way that many individuals rushed to annuities before the introduction of gender neutral pricing, only to unwittingly fix their incomes in at the previous all-time lows?"

Gender neutral pricing was implemented so insurers across the European Union had to charge the same price to men and women for the same insurance products.

The survey reported enhanced annuity rates "proved to be slightly more resilient" than standard annuities, but there were also "sizeable reductions". The average enhanced pension annuity rate for a £10,000 pension pot fell by 5.3% and by 6% for a £50,000 pot.

Eagling said: "The average potential uplift available through an enhanced annuity compared with a standard annuity is currently around 22% - an extra level of income that could make a big difference in the current low annuity rate environment."