The Scottish National Party (SNP) has announced it would stop the abolition of savings credit if it came to power. 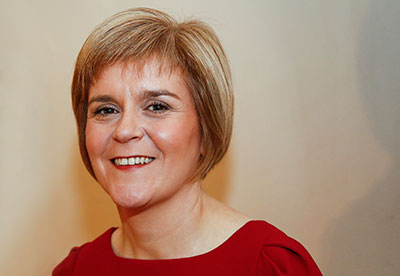 Savings credit is an extra income to top up the state pension. It was introduced to reward people who have saved for their retirement but will be abolished in April 2016 to help cover the cost of a flat-rate, single-tier pension.

Currently single pensioners who qualify for savings credit can get up to £14.82 extra per week and couples can receive up to £17.43 per week.

In its manifesto, the SNP welcomed recent pension changes such as auto-enrolment in occupational pensions and freedom reforms, which took effect on 6 April.

However, concerning pension freedoms, the party said as this would give pensioners access to their pension pots they would need adequate levels of advice and support. The SNP said it would work with "pensioner groups" to identify and target "unfair, hidden pension charges".

In addition, the SNP said the war disablement pension should not be treated as income when assessing entitlement to other benefits.

"We believe that those who have been injured in the service of our country should get the full value of any war disablement pension and we will work to ensure that it is not treated as income in the assessment of entitlement to other benefits," said the manifesto.

The party said it would review plans to increase pension age beyond 66 and would retain "triple-lock" protection, which guarantees state pension will rise in line with inflation, earnings or 2.5%, whichever is highest.

As part of the party's revenue-raising measures, the SNP pledged to "review the current pension tax relief available to the wealthiest".