The United Kingdom Independence Party (UKIP) has proposed to double the budget for guidance to help pensioners make financial decisions. 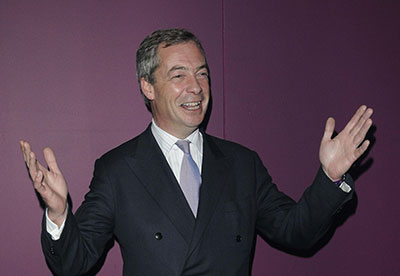 The party said it welcomed some of the recent changes to pensions such as the introduction of a single-tier state pension, triple-lock protection and greater freedoms, but said retirees would now be making complex financial decisions so they needed "expert advice" to make "sound, well-informed choices".

The current government allows for 45 minutes of guidance provided by the Pensions Advisory Service or Citizens Advice Bureau. The party said: "This is completely inadequate when potentially life-changing decisions are at stake."

In consultation with bodies such as the Chartered Insurance Institute and the Personal Finance Society, the party would develop an advice and seminar programme for pensioners.

To avoid pensioners from becoming victims of scams, the party pledged to make it a criminal offence to cold call someone in respect of their pension arrangements.

As part of its 2015 manifesto, UKIP also pledged to introduce a "flexible state pension window" to give pensioners some choice over the age at which they choose to retire.

UKIP said raising the retirement age to 66 by 2020 and to 67 by 2028 was "hugely unpopular" and "especially tough" on women, and a flexible state pension window would allow people to access the state pension from the age of 65.

"We will introduce a flexible state pension window, which will widen over time, so even when the state pension age increases to 69, pensioners will still be able to take a slightly lower weekly state pension from the age of 65," said the manifesto.

In addition, the party said it would give all war widows and widowers a war pension for life regardless of when they may have remarried.

Under the current rules, war widows and widowers are allowed to receive a war widows' pension if they have remarried after April 2015. UKIP said this change by the government was "not retrospective" and therefore "manifestly unfair".