The Liberal Democrats have proposed to write the governments triple lock pension system into law, according to its 2015 manifesto.

The Liberal Democrats have proposed to write the government's "triple lock" pension system into law, according to its 2015 manifesto. 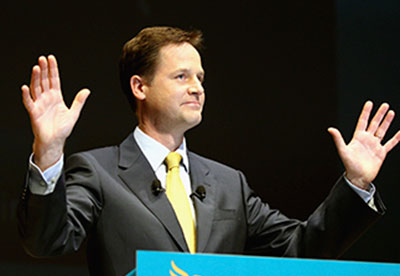 Triple lock protection guarantees state pension increases in line with inflation, earnings, or by 2.5%, whichever is higher. It was introduced by the coalition government in 2010.

"We promised it in our 2010 manifesto and have delivered it in government, giving pensioners the biggest-ever rise in the state pension. Now we want to enshrine the triple lock in law to guarantee pensioners decent rises every year," said the party.

The Liberal Democrats said because of triple lock, pensioners received £950 a year more than they did in 2010. They claimed the guarantee would raise the state pension by at least £790 a year by 2020, on top of the £950 rise.

The party said it would continue to introduce a single-tier state pension. This will replace the current system where a second state pension is calculated based on national insurance contributions.

Lib Dems said the new state pension would provide clarity to savers and benefit those who earn less. The party said: "People know what to expect from the government and can plan their own savings accordingly. The new system will also benefit women and carers, who will be fully recognised for the years bringing up a family or caring for someone."

For workplace pensions, the party promised to preserve pension freedom reforms and continue to auto-enrol workers and complete the rollout "in full and on time". In addition, Lib Dems said they would crack down on pension charges to encourage people to save more into their pension pot.