The Green Party has proposed plans to introduce citizens pensions to all pensioners regardless of contribution record from 2016 so no pensioner will live in poverty, according to its manifesto.

The Green Party has proposed plans to introduce "citizen's pensions" for all pensioners regardless of contribution record from 2016 "so no pensioner will live in poverty", according to its manifesto. 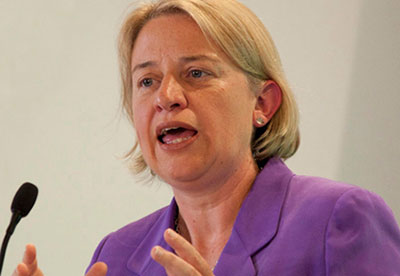 Under the new pension system, the party promised to pay £180 to single pensioners and £310 to couples and future increases would be based on inflation or earnings.

In addition, the party said it would offer a "new state earnings-related pension scheme". This would invest in public assets such as the railway, renewable energy and the National Grid and projects sponsored by local authorities.

"These assets offer a long-term and predictable rate of return - ideal for pensions - and the pension fund will provide the savings needed to invest in these assets," said the manifesto.

The party said these assets would replace existing pension fund assets, many of which consist of shares in companies whose main assets are "unusable fossil fuel reserves".

It added: "Employers would be obliged to offer and contribute to this scheme, as they are now with stakeholder pensions."

Under the manifesto, pensioners living abroad will also receive the same pension and annual pension increase as those living in the UK.