The Conservative Party has unveiled its plans to restrict pension tax relief for people with incomes over £150,000 to help fund a cut in inheritance tax and free childcare for working parents. 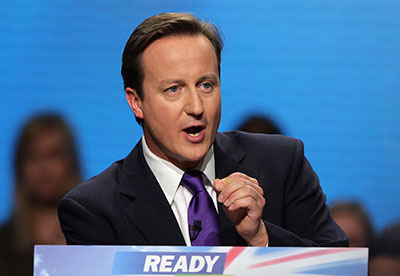 In its manifesto launch today, Prime Minister David Cameron said this would fund 30 hours a week of free childcare, equivalent to £5,000 a year.

Cameron said: "Because of the changes we have made to curb pension relief for the highest earners, we can afford to make the following commitment. We are going to take that free childcare - and for working families, we will double it. With a Conservative government, you will get 30 hours of free childcare a weekequivalent to £5,000 a year."

In addition, the party will continue to increase the basic state pension per year in line with inflation, earnings or by 2.5%, whichever is highest.

Along with the new pension freedom reforms which took effect last week, the Conservative Party said it would reduce the tax burden on pension beneficiaries. A tax charge of 55% has been abolished on pension pots, so that if the deceased is 75 or over "any beneficiary only has to pay a marginal income tax". If the deceased in under 75, their pension pot will be passed to beneficiaries "completely tax-free".

According to the manifesto, the Tories will simplify the current system with a new single-tier pension. Instead of basic and additional state pensions, a flat-rate state pension will be introduced on 6 April 2016.

Tom McPhail, head of pensions research at Hargreaves Lansdown, said while he welcomed the guarantees around pensioner benefits, any changes to tax relief rates, "particularly when announced simply to pay for another policy elsewhere", would be likely to "undermine investors' confidence in the stability of our pension system".

He added: "After all the seismic changes to pension policy in recent years, including auto-enrolment, the pension freedoms and the impending reform of the state pension, a period of stability would be the best thing any politician could do for pensions."