The Labour Party has promised to reform the pensions market to put savers first and protest consumers from retirement rip-offs. 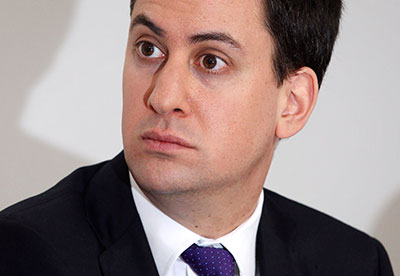 In its manifesto, launched by leader Ed Miliband, the party said it supported recent pension freedoms but "there must be proper guidance for people to avoid mis-selling".

The manifesto also included a pledge to cut pension tax relief for those earning over £150,000 in order to help fund a cut in university tuition fees. The announcement was first made when leader Miliband said last month the party would cut tax relief from 40% to 20%.

"We will reform the pensions market so that pension providers put savers first, and protect consumers from retirement rip-offs," said the manifesto. "We support greater flexibility for those drawing down their pension pots, but there must be proper guidance for people to avoid mis-selling."

In addition, the party promised it would retain the "triple-lock" pension system introduced by the coalition government.

The manifesto said: "We will keep the triple-lock so that the state pension increases by inflation, earnings, or 2.5%, whichever is highest. And while increases in the state retirement age are necessary to keep our pensions system affordable, we will ensure that people have time to plan for changes."

The manifesto also said investment and pension fund managers would be "required" to disclose how they vote on executive pay.

Tom McPhail, head of pensions research at Hargreaves Lansdown, said: "Reading between the lines, there are clear messages for pensioners, for pension investors and for the pensions industry.

"Your pensioner benefits are safe, unless you are a wealthy pensioner; if you are a wealthy worker then it makes sense to make the most of the pension tax breaks currently available while you still can; and the pensions industry is on notice that it better be giving investors a fair deal."