Hurricane-force winds killed at least nine people in Europe last month and caused at least $1bn (£676m) of damage, a study has found. 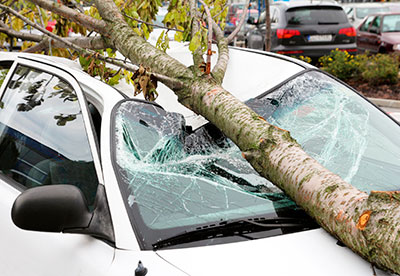 Speaking as the firm released the Global Catastrophe Recap: March 2015, Adam Podlaha, head of Impact Forecasting, said: "The costly losses endured from windstorms Niklas and Mike further highlight the importance of using catastrophe models to forecast the peril in Europe."

In the South Pacific, Cyclone Pam killed at least 11 people in the archipelago of Vanuatu and destroyed up to 90% of homes and buildings. It was recorded as "the strongest cyclone to make landfall globally since Typhoon Haiyan struck the Philippines in 2013".

After a quiet start to the month in the United States, separate events such as widespread hail, straight-line winds and tornadoes affected parts of the Plains, Midwest and Southeast and killed at least 13 people. The total economic losses were estimated at $175m (£118m), while insurers reported losses of more than $110m (£74m).

No casualties were reported but more than 500 homes were damaged by Olwyn. Total economic losses caused by Olwyn were at least AUD $100m (£52m).

This article appeared in our April 2015 issue of The Actuary.
Click here to view this issue
Filed in
04
Topics
Environment