Pension providers 'must do much more' over retirement options

Only 36% of savers were contacted by their pension provider about retirement options ahead of new freedoms coming into force yesterday, a survey has found. 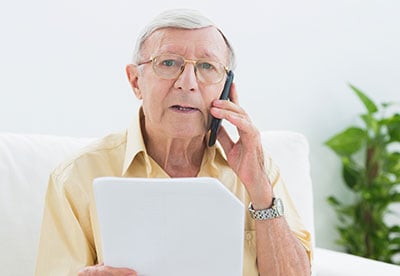 Just under half (45%) of respondents were planning to approach their provider for guidance.

Jonathan Howe, head of insurance at PwC, said many pension providers were concerned about a "huge inflow" of customer requests from 6 April, adding: "These figures suggest their fears are well-founded with nearly half of respondents naming their providers as a source of information they intend to tap into."

Howe said insurers needed "to do much more than they have to date" in providing information to customers.

"Either pension providers are not yet contacting their customers or the contact they have attempted has been dismissed as irrelevant. This raises questions about the quality of customer interaction made by pension providers," he said.

In terms of formats and quality of communication, those who received information from their providers saw "little variation" in quality across different mediums such as face-to-face conversations and emails.

Consumers also rated the quality of communication by pension providers as "equal" to that offered by other service providers such as banks.

Howe added that after a year of "highly-publicised reforms" the quality of pension provider communication was not "above and beyond" as one might expect.

"A key factor in determining the providers who will come out as winners post 6 April will be those who have invested considerably in consumer research and direct to consumer channels, which will enable them to design and deliver a superior experience for their customers," he said.

"The lack of an obvious quality advantage in face-to-face or telephone communication could be seen as a reflection on the constraints placed on what providers are able to say to customers. Where guidance is perceived as generic there is little value added from personal communication - email/online is viewed as roughly equally as helpful by the consumer. Given digital communication is cheaper this may be an area where insurers can reduce costs without impacting on the level of customer service."

Howe also mentioned the role of actuaries in the new pension reforms. He said: "Actuaries will now need to focus their attention on understanding customer needs and behaviours. Linking technical expertise and customers' awareness will be key for the future of the profession and designing a valuable proposition for pension providers".