Savers positive about pension freedoms but concerned about scams

The majority of pension savers (82%) think new freedoms are a good idea but two thirds (63%) are concerned about possible drawbacks, a study has found. 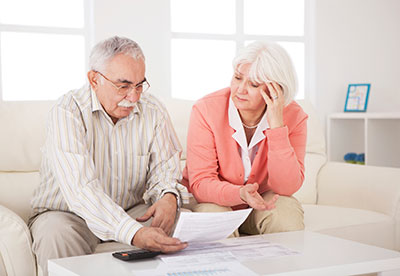 A survey of 850 people aged 55-70 with private pensions found of those who were aware of pension freedoms, which start on Monday (6 April), 47% were worried people would be mis-sold unsuitable products. Forty-four per cent felt people might make bad financial decisions and two thirds (36%) were worried about pension scams.

The National Association of Pension Funds (NAPF) research found 49% of those with a defined contribution (DC) pension scheme would "wait to see how things work out nearer retirement" or were unsure what they would do about the changes. A minority (5%) planned to buy an annuity and a further 4% wanted to take a cash lump sum. Nearly a fifth (18%) said they would leave their pension pots invested and draw a regular income, while 24% said they would use a combination of these options.

But the NAPF warned that those who were interested in investments and drawdown might not have a complete picture of what it will or will not offer them. More than half (52%) said a drawdown would provide them with a guaranteed income and 45% thought if they took no more income than they would through an annuity, their money would last until they die. In addition, 23% felt there were no risks with drawing a regular income from their pension pot.

Joanne Segars, chief executive at NAPF, said: "People seem to have readily embraced the concept of pension freedoms and in particular the idea of 'drawdown' but are struggling to understand what this will offer in practice. Industry and government will now need to work together to meet growing consumer demand and develop a market for drawdown that works for those with smaller pots."

A total of 77% of those polled were aware of government retirement guidance service Pension Wise but nearly half (55%) were unclear about the services it offered. NAPF said just over half (51%) were "very" or "quite likely" to use it. Segars said she was pleased about the high level of awareness of Pension Wise and urged savers to use it.

For those with a defined benefit (DB) pension scheme, the survey found 75% would like their savings to remain in their current scheme, while 3% planned to switch to a DC one. A fifth did not know what they planned to do.

Segars said: "Some people are at risk of making poor decisions through a lack of information and it's important we work together to prevent this. We want to help savers make the most of the opportunities these reforms present and we've outlined three guiding principles: be informed, be realistic and take your time."

The survey was carried out as part of NAPF's wider research to examine the nature of retirement for those who've recently finished work and those approaching it in the next 15-20 years.