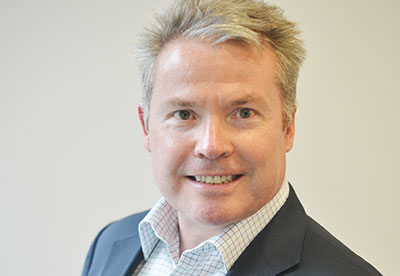 A City Noble director has said that, while there could be valid reasons for some consumers to switch, "very few" would benefit from the transfer. It felt the pension reform, which comes into force on 6 April, would add "further confusion and complexity to the regulatory framework".

Eamonn O'Connor said: "We have a dramatic pensions regime emerging with 'collective' schemes (DB and possibly collective DC) and 'individual' (all other types of DC). The changes lie not in their legal structures (trust or contract) but in their distributing of investment returns to members, along with the level of engagement expected of them."

O'Connor said it made "little sense" to allow members from collective DC schemes to transfer out, as it would go "against the principle of pooling risk through cross subsidy amongst members".

"The solution is straightforward," he said. "Rather than add further confusion and complexity to the regulatory framework, it would be better to ban the right to transfer from DB to DC schemes and the right to all the employee pension freedoms which ensue."

He added: "Both the Pensions Regulator and the Financial Conduct Authority are consulting on how best to implement the requirement that those exchanging safeguarded (for example, DB) for flexible (DC) benefits, presumably to take advantage of the new pension freedoms, must take advice. Both consultations are predicated on the (correct) assumption that such transfers will not be in most members' interests."

O'Connor said there would be two distinct "but separately coherent" pension regimes. While members of collective schemes would enjoy guarantees and predictability about their pension income and be "free from wrestling with complex decisions", individual members would have greater choice and freedom but without security.

Alan Collins, director at Spence, said there would be "absolutely no chance" of transfers being banned. He said: "When this was consulted on last year, it wasn't so much kicked into the long grass as launched into orbit. There was little support for the idea, which any case could have been very easily circumvented."

Collins said pension freedom was all about choice and this should not be "snatched away from a sizeable proportion of the pension saving community" and said any move to try to reverse the trend "would be a retrograde one".

He also said supporters of collective DC would be "relying on hope rather than expectation" that it would be introduced.

Malcolm McLean, senior consultant at Barnett Waddingham, said the ban is unlikely to be implemented. "The government is unlikely to do a U-turn on DB to DC transfers now, as it fits with their current philosophy of freedom and flexibility," he said.