Chancellor George Osborne has announced the lifetime allowance (LTA) for pensions will be reduced from £1.25m to £1m. 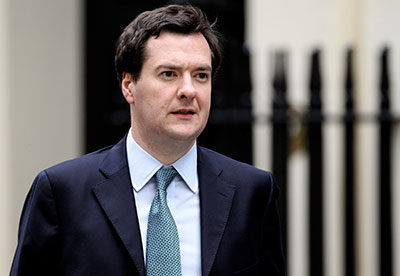 In his delivery of today's budget statement, the chancellor said from next year LTA would be reduced to £1m, saving around £600m a year. He said: "Fewer than 4% of pension savers currently approaching retirement will be affected."

In addition, Osborne confirmed existing pensioners would be able to cash in their annuity. The announcement was first made on Sunday. Currently people who want to sell their annuity will have to pay a "punitive tax charge" of at least 55%, but the chancellor said from next year this would be abolished and savers would only need to pay marginal tax. He also said that from 2018 the government would index LTA.

The chancellor said: "I want to ensure those still building up their pension pots are protected from inflation, so from 2018 we will index the lifetime allowance."

"Pensioner poverty is at its lowest level ever," he said.

Opposition leader Ed Miliband said that "advice is incredibly important in the annuity market" and that the chancellor needed "to get proper regulation in place on these changes". He also warned of "rip-off merchants ready to pounce".

Nick Salter, president of the IFoA, said of the reduced LTA: "This could have a significant long-term impact on the ability of those individuals caught by the cap to receive their retirement income without being disadvantaged by tax charges, with perhaps unintended consequences. It could affect hard working people who are not earning a very high salary but who have a significant number of years in service, such as a senior nurse working for the NHS for the majority of his or her career."

Chris Noon, partner at Hymans Robertson, said with increasing life expectancies, LTA would be difficult for people with defined contributions schemes "who would not consider themselves high earners" to save enough for retirement.

Steve Groves, chief executive officer at Partnership, said the budget contained "good news" for both consumers and annuity providers, but warned a "well-regulated carefully-designed second-hand annuity market" would be needed in order for annuities to be flexible.

He added: "Admittedly, the devil is in the detail and its now falls to the government and industry to create a safe market, which provides real value to consumers. Extending the freedoms to past annuitants and providing future generations with even more flexibility is simply not good enough unless it has a genuinely positive impact on their lives and this needs to be at the heart of the consultation."

He said: "Perhaps the time has now come, or at least it is fast approaching, where the lifetime allowance should be scrapped, an added bonus being that it would deprive politicians of the opportunity to tinker with it further for no good reason other than as political tactic."

This article appeared in our March 2015 issue of The Actuary.
Click here to view this issue
Filed in
03
Topics
Regulation Standards