The age at which individuals can access their pension savings should be increased by five years says the Work and Pensions Select Committee. 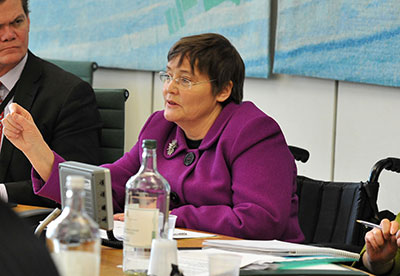 Its report Progress with automatic enrolment and pension reforms, published today, recommended the age be changed to five years before the state pension age, because allowing people to take savings 10 years before their state pension "could create unrealistic expectations about the age at which they can afford to stop working".

The IFoA welcomed the announcement with Gareth Connolly, chair of the IFoA Pensions Board, saying: "A review of the age at which pension savings can be accessed, which is currently 55 and rising to 57 by 2028, would be welcomed as it could go some way to alleviating some of the risk that individuals may run out of money in retirement."

The age to access pension savings is currently 55, and will rise to 57 in 2028, when the state pension age increases to 67.

The committee also introduced a number of recommendations, including a move to a single regulator, the establishment of an independent pensions commission and addressing current issues of auto-enrolment.

Regulatory responsibility is currently divided between The Pensions Regulator (TPR) and the Financial Conduct Authority (FCA), according to the committee.

Dame Anne Begg MP, chair of the Work and Pensions Select Committee, said: "What savers really need is a strong, single regulator to act in their interests. We are not convinced that the FCA is sufficiently focused on pensions. The comment made in evidence to us that it can't 'stop fools acting like fools' does not inspire confidence in the FCA's willingness to be proactive in protecting savers."

Barnett Waddingham's senior consultant Malcolm McLean supported moving to a single regulator and said he believed it would be "less confusing for consumers".

"A single regulator will provide a clear focus for direct action and early intervention where necessary. We are constantly hearing from either TPR or the FCA about the need to consult one another on a range of activities. This is not only inefficient it is positively dangerous," he said.

The committee expected the proposed independent pensions commission to look at a range of issues to do with auto-enrolment. These included: the challenge of extending auto-enrolment to smaller employers, the level of minimum contributions for employers and employees, and how currently excluded groups, such as the self-employed and those in multiple low-paid jobs, "can be brought into pension saving more effectively".

Graham Vidler, director of external affairs at the National Association of Pension Funds (NAPF), said an independent pensions commission would help "make sure pensions policy is made in savers' interests and for the long-term".

He agreed automatic enrolment had been a "great success" but said it was "hard-won" under the guidance of the Turner Commission - the first pensions commission introduced in 2002. Vidler said: "We must make sure its success is built on, not undone by knee-jerk pension policy made for short-term political gain, rather than to secure savers a decent retirement."

The Department for Work and Pensions said it would consider all the committee's recommendations carefully and would report back in due course.

A  spokesman said: "The committee notes that good progress has been made enrolling people into workplace pensions, helping to halt the decade-long decline in workplace pension saving. We are on track to continue this vital work, ensuring that the right level of support is in place every step of the way."