Just over half of the UKs largest employers do not think the governments free retirement guidance service Pension Wise will provide their employees with adequate support. 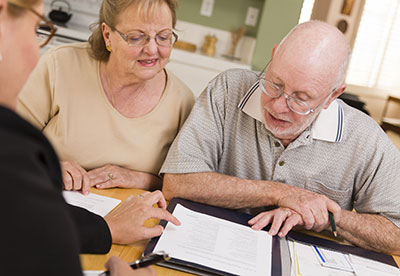 A poll of 100 HR directors of companies with more than 500 employees carried out on behalf of pensions consultancy Hymans Robertson, found 51% did not believe the service would provide adequate guidance to retiring employees, due to its lack of structure and a lack of clarity about how it will work in practice.

Hymans Robertson said employers feared a "backlash" if they failed to support employees with decision-making at retirement. The firm added there would be "a real risk" that people who had saved for decades would "overspend out of ignorance".

Rona Train, partner at the consultancy, said it was a surprise that just under half of employers surveyed had confidence in Pension Wise.

"In our view the two biggest issues are the quality of the guidance Pensions Wise will offer and the lack of support in place for people aged over 55 that can start drawing on their pension," she said. "The risk is that people will start eating through pension savings only to find they don't have enough to retire when they want to."

In a separate survey of 1,000 people aged between 50 and 65 in the UK, the firm said 57% of people said they would ensure they made the right decisions by "doing it themselves". While 22% were willing to pay for external advice - they were only prepared to spend on average £37 for it.

"Individuals need advice, but they don't value it, and certainly not enough to pay for it," said Train. She added that for pension freedoms to be a success, better guidance before and after retirement was needed to ensure "people don't run out of money".

She stressed the importance of low cost online tools, adding: "People need access to better tools to help them understand their own personal circumstances. They need to be able to appreciate the impact of withdrawals from their pension schemes - particularly in relation to when they'll be able to retire with an income that's adequate - and then what levers they can use to get back on track."